Visites Nature Vercors: the story of
four iconic tourist attractions in the Vercors! 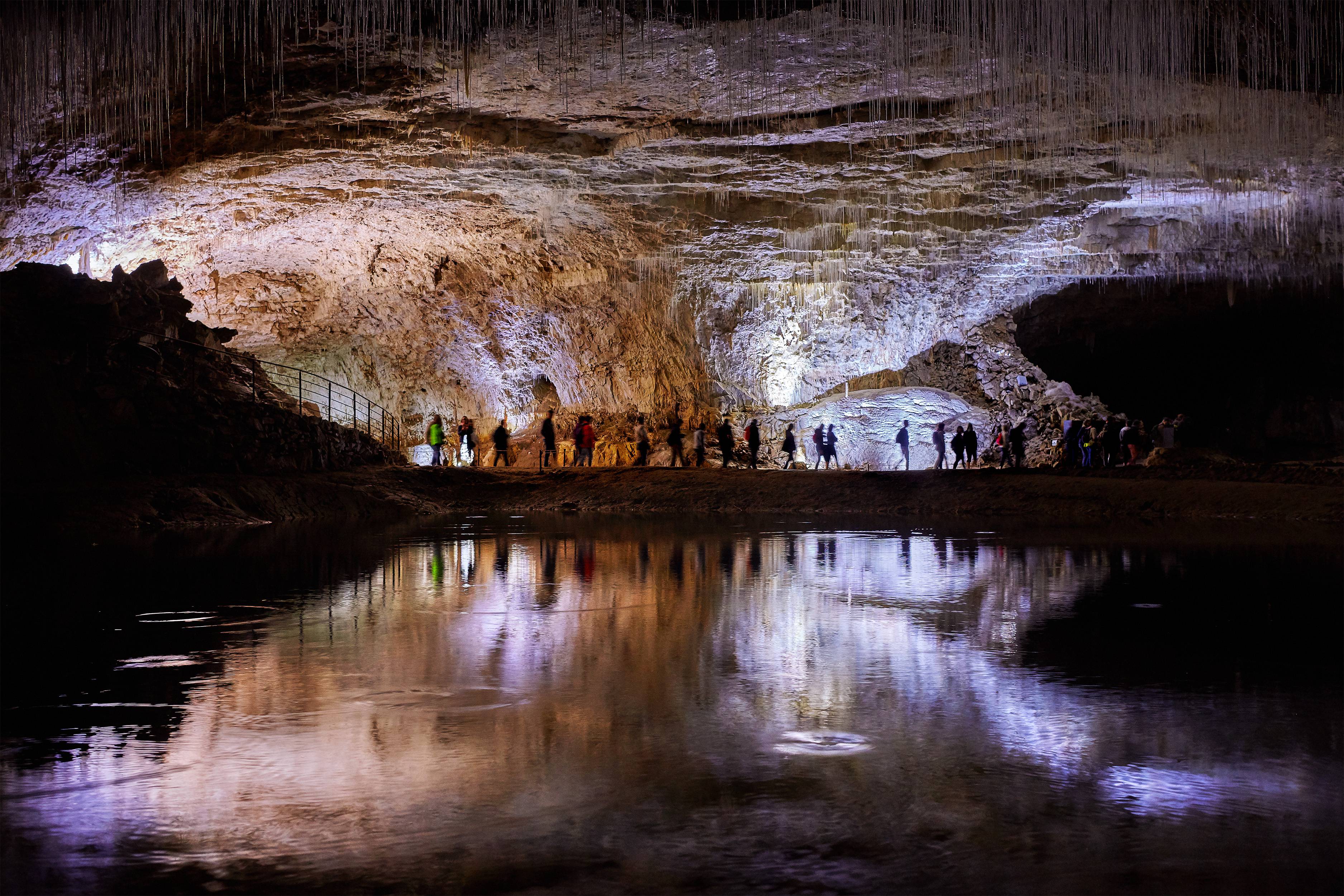 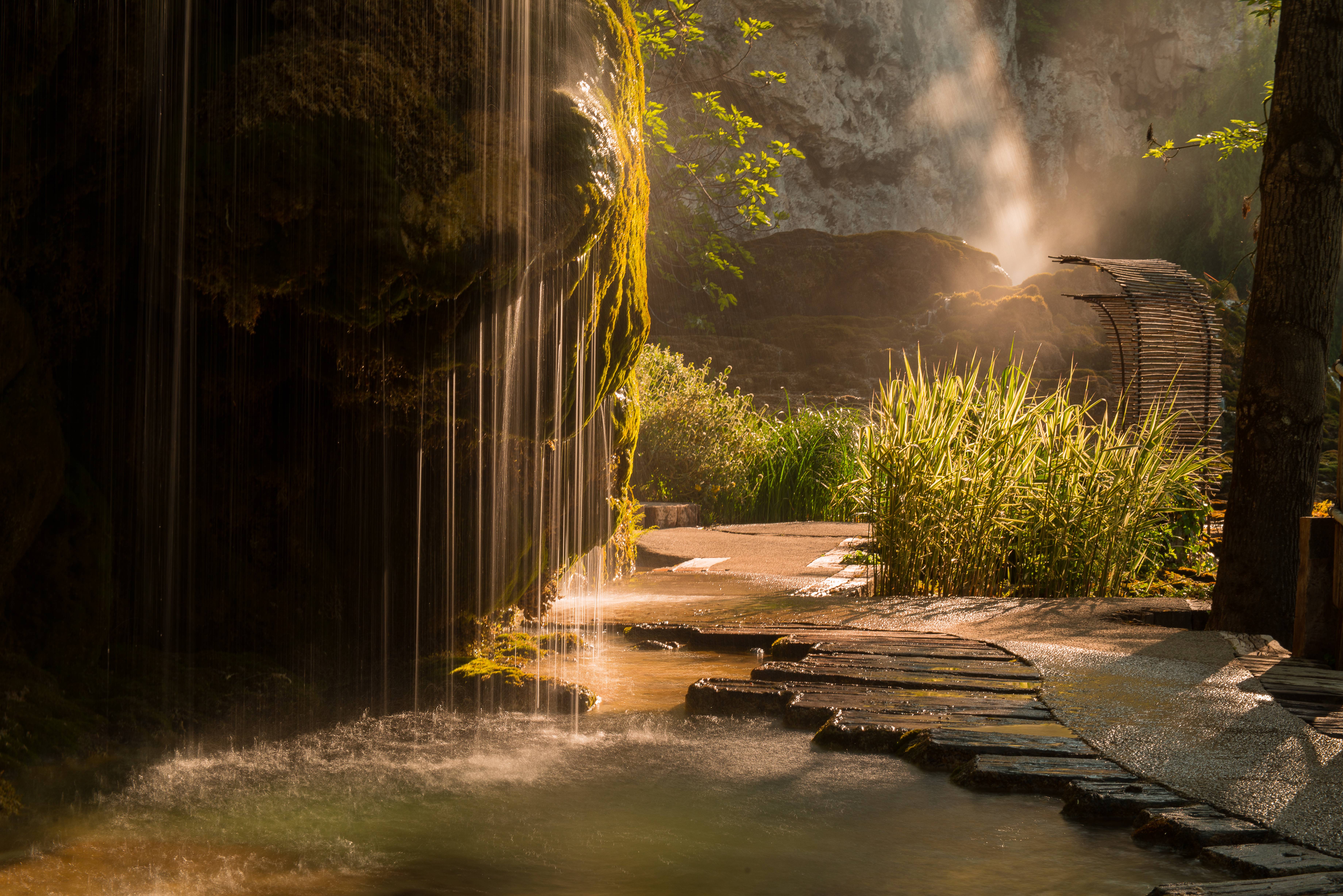 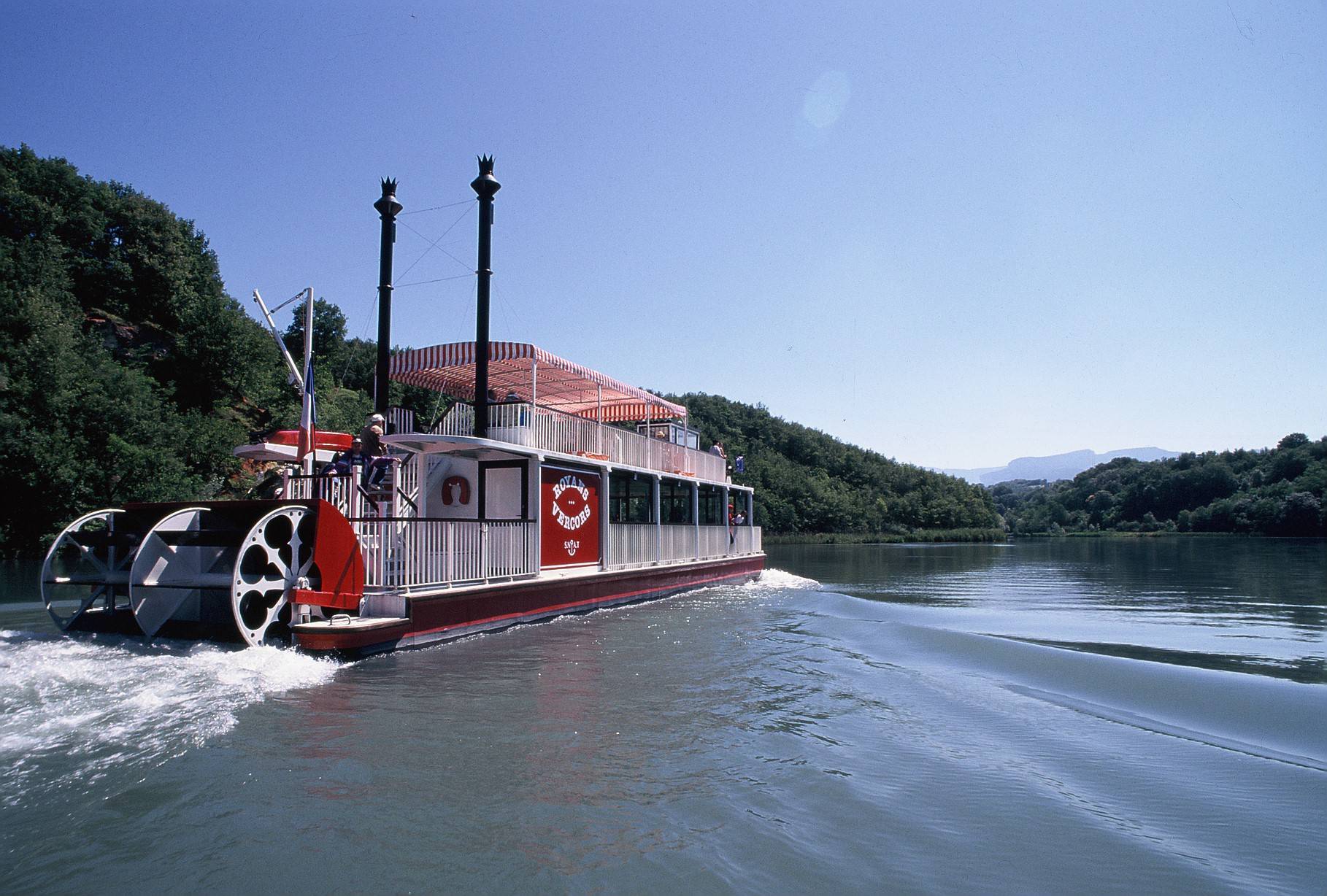 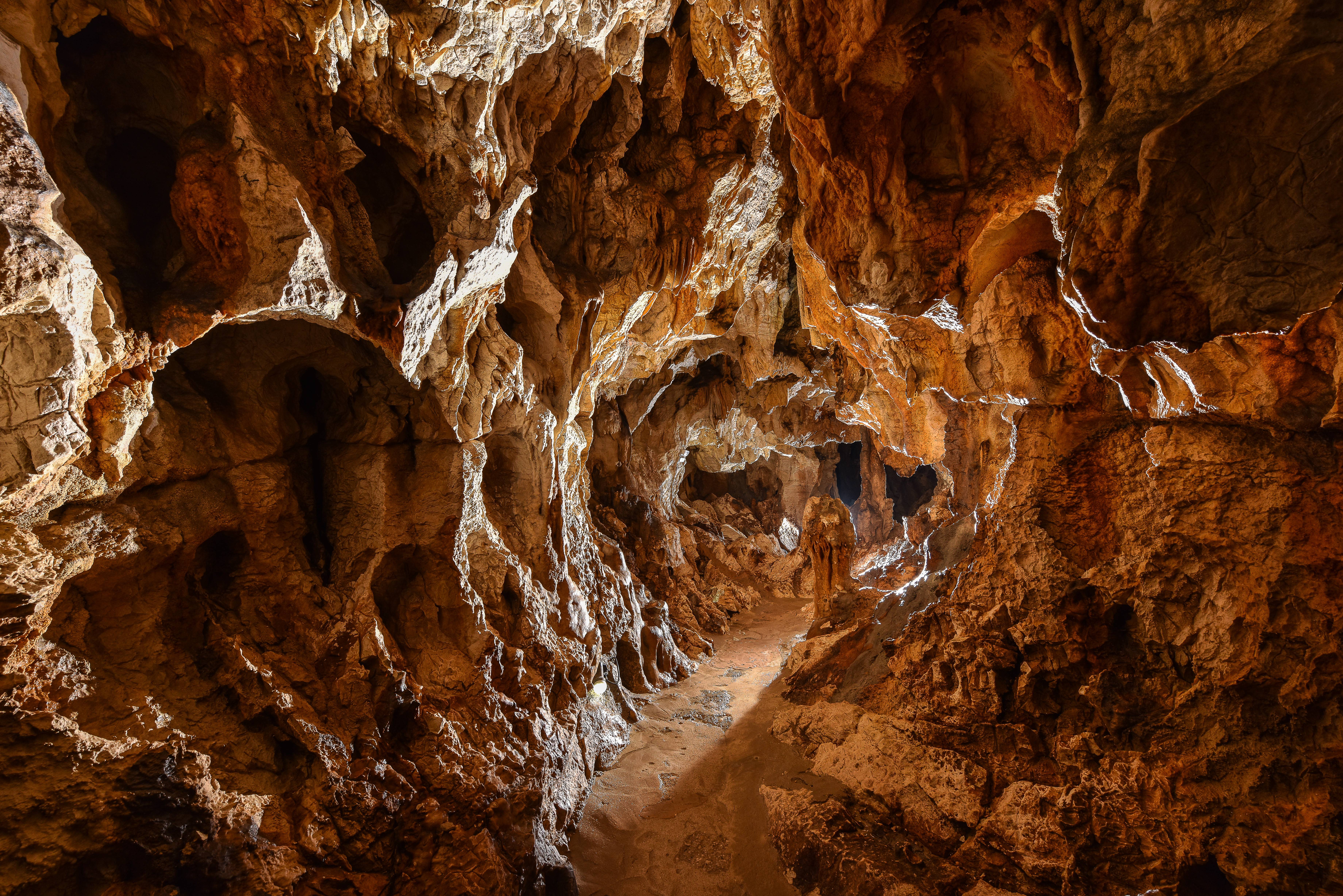 50 years of nature tours deep in the Vercors

In 1897, more than 20 years after villagers discovered the Grotte de Choranche cavern (then called the Grotte de Coufin), the first explorations began. Its earlier name was due to the passageway to the large entrance chamber being very narrow, like a “slim neck” – cou fin, in French. These explorations were led by Oscar Descombaz (1866-1914), a pioneering French caver and potholer – or spéléologue. But this term was little used at the time; rather, such enthusiasts were described as explorers, setting off to discover a mysterious and mythical new realm: the underground world.

The Grotte de Choranche was then visited by visitors taking the waters locally, chiefly in Choranche-les-Bains, one of the village’s hamlets. Holidaymakers would set off from the village of Choranche along the mule track, in the footsteps of the villagers of yesteryear, walking up the banks of Gournier Stream towards the cavern entrance.

In 1965 three young potholer friends – Jean-Jacques Garnier, Claude Pommier and Gilbert Mantovani – embarked on a venture. They purchased the Choranche site and all its caverns (Coufin, Chevaline and Gournier), then began operating the site as a tourist attraction, having fitted out the Grotte de Coufin, now generally called the Grotte de Choranche.

The fit-out aimed to develop cavern tourism and environmental protection: the trio wished to open up the underground world to the greatest number, while preserving a historic natural heritage.

The cavern is still operated as a tourist attraction – now under the management of Laurent Garnier, son of one of the initial trio – and protecting this natural heritage is still a central concern. 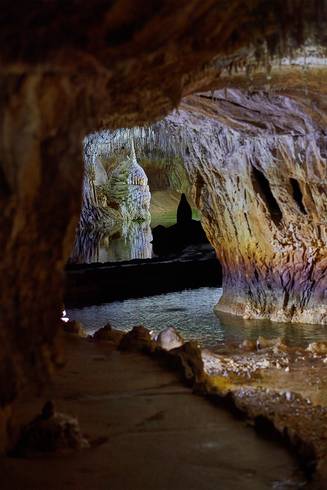 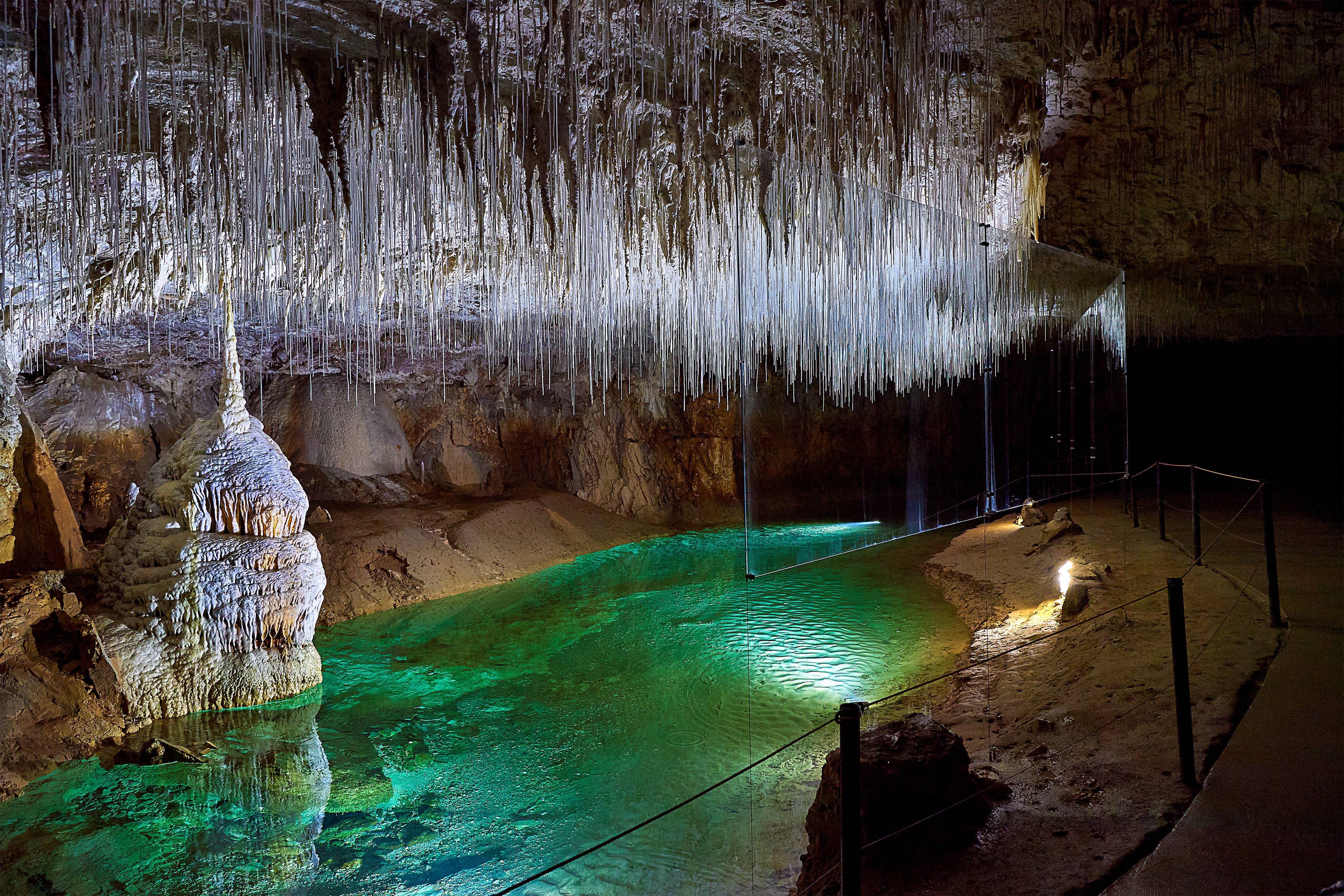 a company that operates three attractions

A century of cavern exploration: the Grotte de Thaïs

In the early 20th century, a few intrepid travellers could already visit part of the cavity, which, for the past 15,000 years, had regularly been (re)discovered and inhabited. Among the remains left by the populations who settled in the cavern: notched bone no. 250, an engraved piece considered to be one of the first-ever lunar calendars (and currently held and displayed by the Musée de Valence).

In 1970, the cavern’s owners Robert and Gilbert Jean – brothers who were passionate cavers, potholers and divers – fitted out the Grotte de Thaïs to make it easier for people to visit, with lighting and five information panels. Nowadays, everyone can enjoy an hour-long guided tour to discover this marvel of geology and prehistory, which is now fully lit by LEDs. 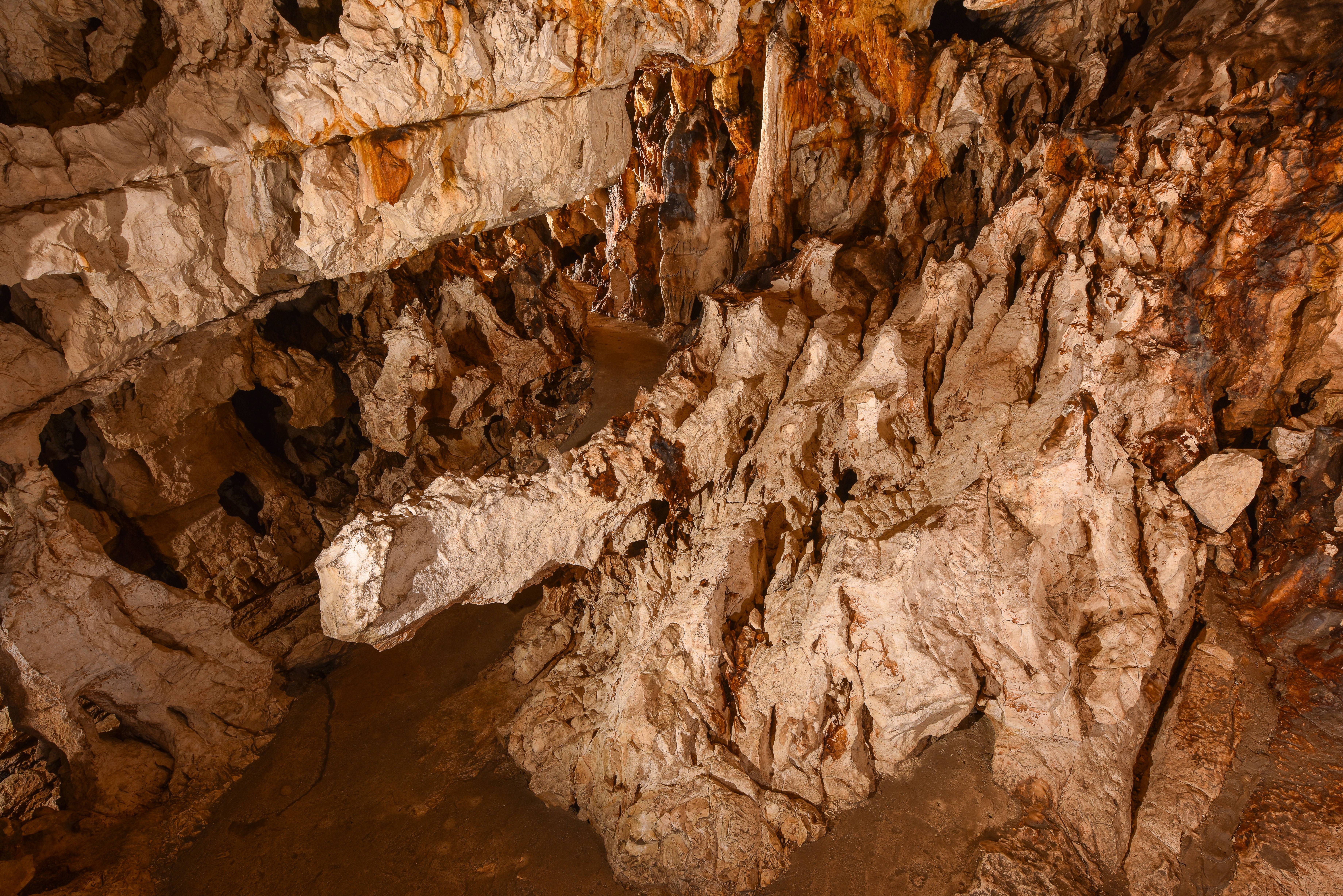 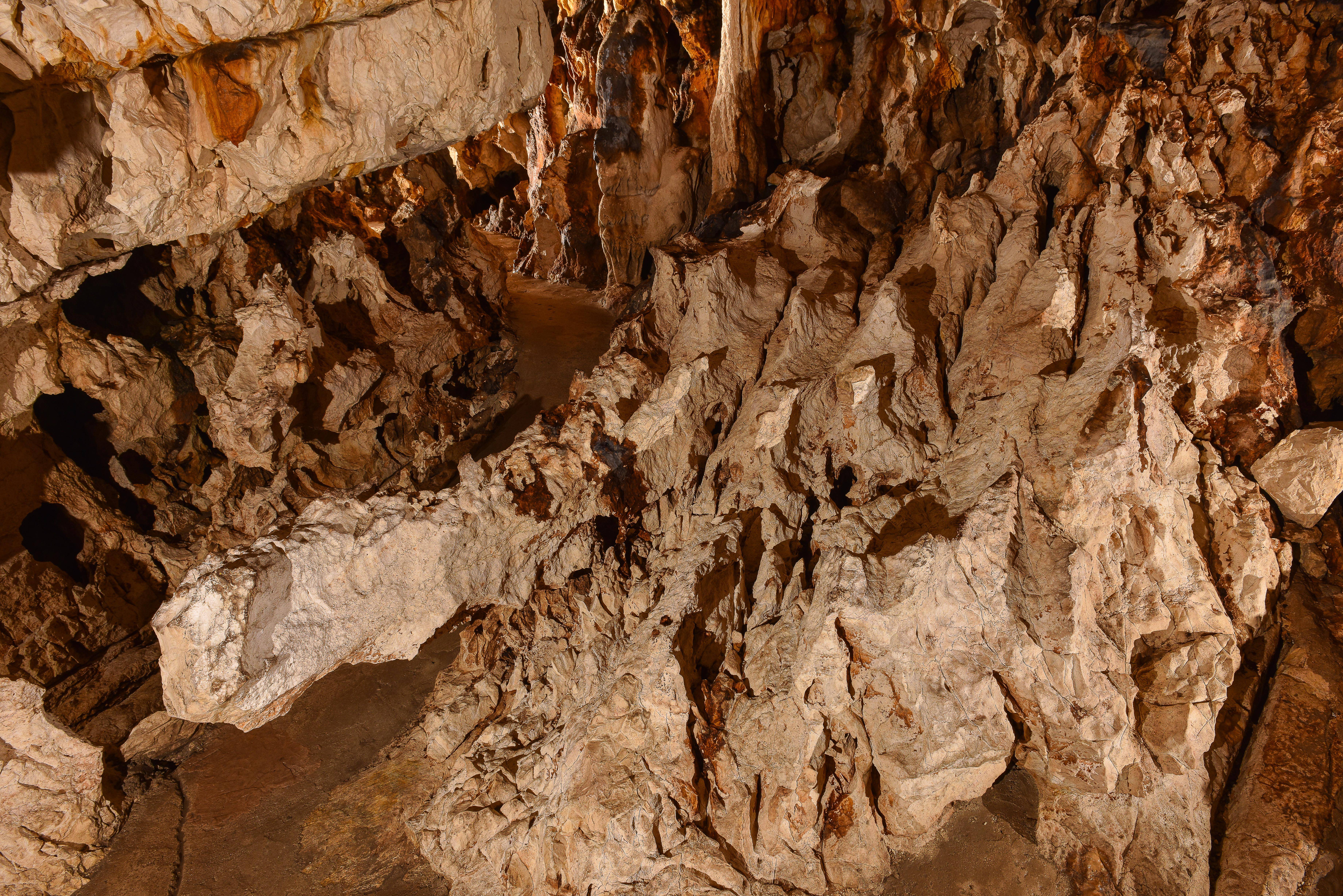 The birth of the Paddlewheel Boat

The Jean brothers also established the Société de Navigation and d’Activités Touristiques in 1987, purchasing a passenger boat “Le Valence” in Saint-Nazaire-en-Royans. SNAT combined a River Isère cruise with a tour of the Grotte de Thaïs.

Early success prompted them to build a larger vessel in 1991, able to carry up to 140 passengers – this is the current paddlewheel boat, the “Royans-Vercors”, which we are still operating today. With its chimneys and paddlewheels, it is inspired by the traditional riverboats of Louisiana, which sailed the Mississippi in the 19th century.

It cruises between the villages of Saint-Nazaire-en-Royans (Drôme) and La Sône (Isère), with live commentary provided by its crew. 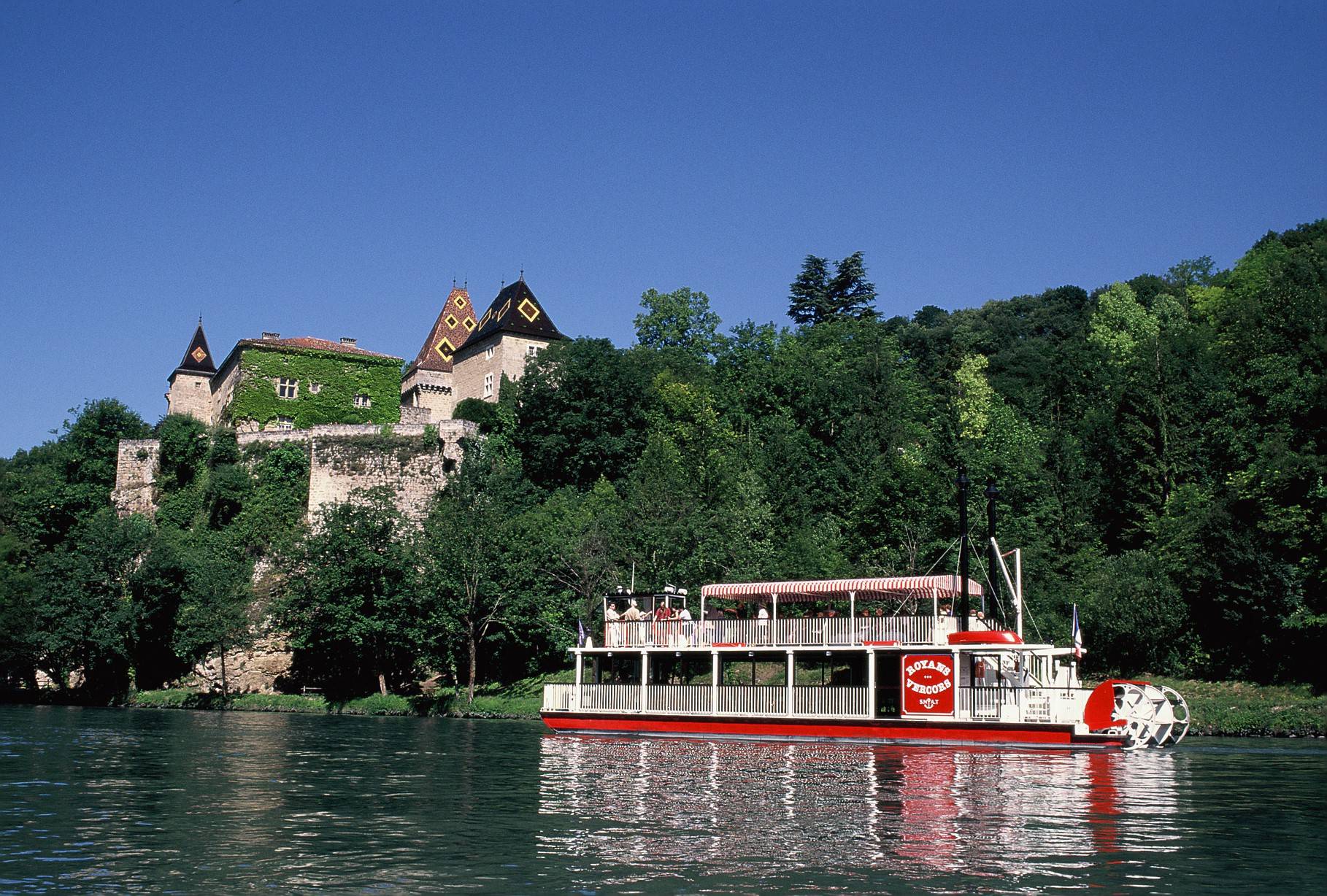 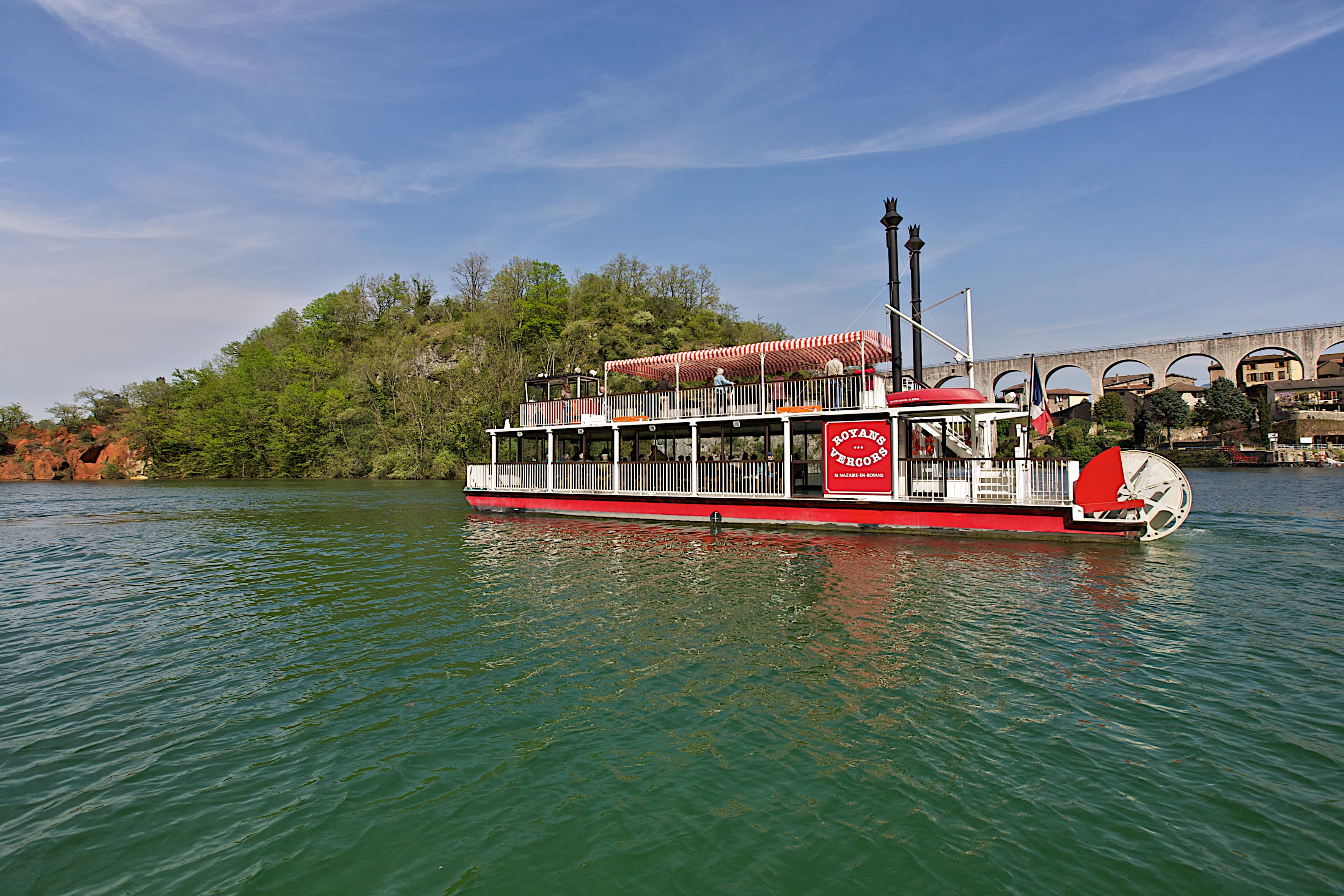 From derelict site to the Jardin des Fontaines Pétrifiantes

The site of the garden, in the village of La Sône, has a long history: back in the MIddle Ages, tufa quarries were opened at the foot of the cliffs and the extracted blocks were used for local buildings or transported on rafts. Later, factories replaced the quarries, using water power to drive their machines. The last factory on this site made pen nibs for the Sergent-Major brand. In the early 1990s, the site was left abandoned, and partly covered by plastic waste from another disused factory.

Because their paddlewheel boat sailed past the site, Gilbert and Robert Jean purchased it. They cleaned it up so that the cruise passengers would see tidy banks.

The works to clean up the site and build the landing stage revealed springs, petrifying fountains and a waterfall.

The brothers then changed their plans radically: as the sunlight and water were conducive to creating a garden, the new owners embarked on this new venture.

The Jardin des Fontaines Pétrifiantes was designed by a landscape architect from Valence, Alain Vasiseck, and executed by nurseryman and landscapist Marc Thiot. 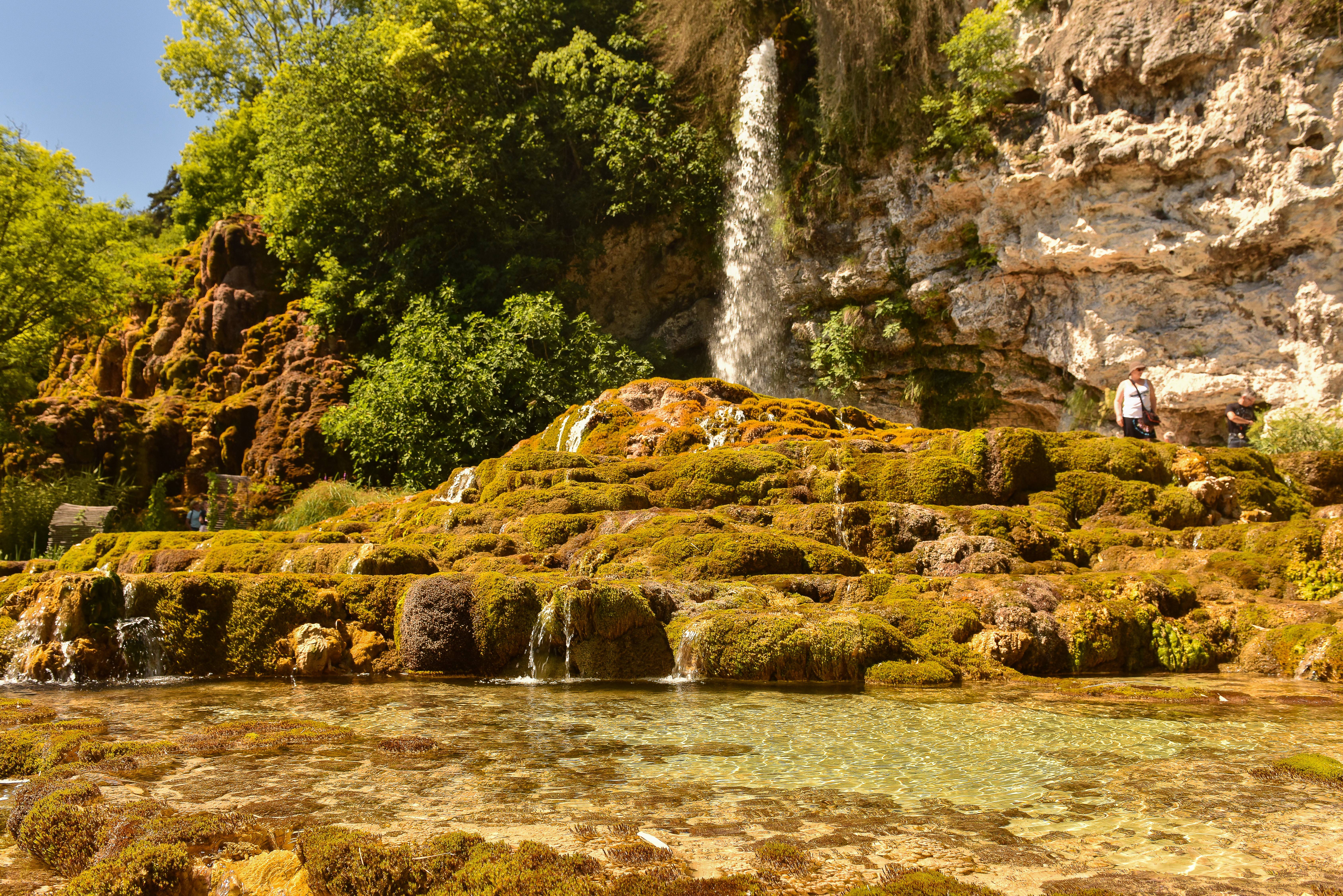 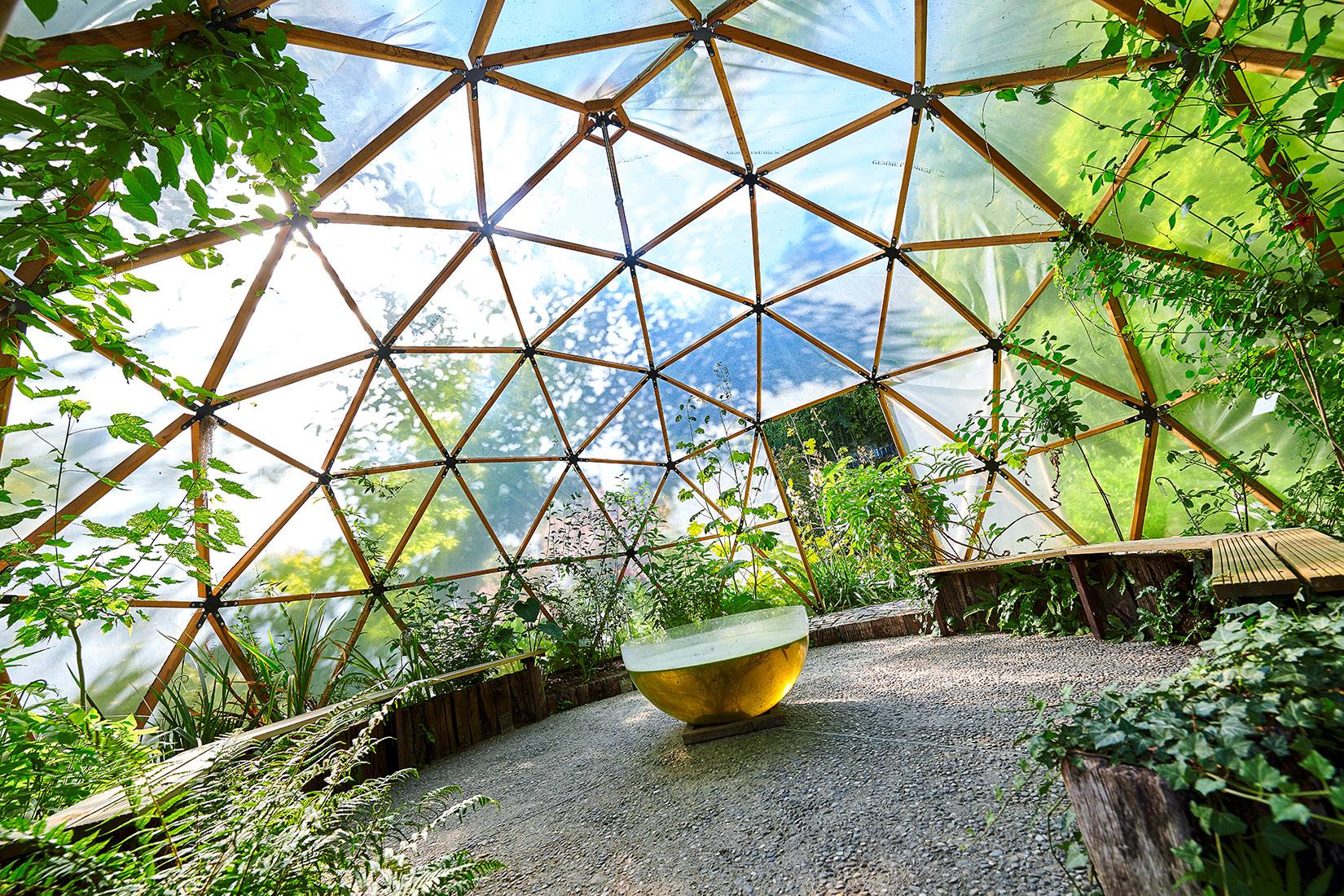 2013: the Société de Navigation and d’Activités Touristiques is acquired by another company, La Grotte de Choranche.

2014: the Chamber of Commerce and Industry (CCI) awards its Qualité Tourisme label to Visites Nature Vercors for its four attractions.

2018: the Ministry of Culture awards its Jardin Remarquable label to the Jardin des Fontaines Pétrifiantes.

2018: the Qualité Tourisme label awarded by the CCI to Visites Nature Vercors’ four attractions is renewed.